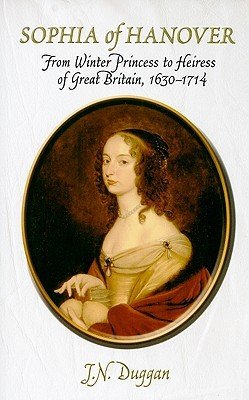 Sophia, Electress of Hanover (1630-1714) was daughter of Frederick and Elisabeth of the Palatinate, known as the Winter King and Queen of Bohemia. She was also granddaughter of James I of England and mother of George I. She is best remembered in the English-speaking world as the connection between the Houses of Stuart and Hanover. Had she lived long enough she would have succeeded Anne as Queen of England.

This new biography however, reveals that she was much more than a crucial link in the lineage of the English throne. Her memoirs, which she wrote at the age of 50 and her correspondence, which date from 1658 (quoted extensively for the first time in this volume) reveal a gifted and prolific chronicler of her times. They offer the reader a fascinating insider's view of life at the top echelons of society in the seventeenth and eighteenth century Europe; the politics, intrigue and daily life in the royal houses – to many of which she was related by blood or marriage.

Sophia spoke fluent English, French, German, Dutch and Italian. She was remarkably open-minded and intellectually curious as reflected in her writings. They cover an astonishing variety of subjects: from politics, religion and philosophy to international gossip and household tips, as well as intimate details of her family and social circles.

The author has translated a considerable proportion of Sophia's writings from the original French and German to reveal a remarkable portrait of a remarkable woman.